" 19 Years of hands-on experience in the roofing business. We believe that roofing is a craft & an art "

Is proud to be a member and a partner of the following organizations: 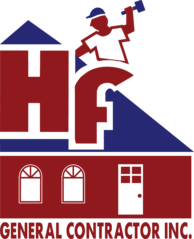 Can I Put a Second layer of shingles on my old roof??

“Can I put a second layer of shingles on my old roof?” You can, but you probably shouldn’t do it. This is known as a layover, adding a second or a third layer of shingles on your roof is in most cases inadvisable and a job that HF Roofing is most likely to even turn down. There are many reasons why you shouldn’t do spot repairs and should instead replace your roof entirely, but a layover has its own unique set of cons that merit investigation.

The Old Normal
Layovers used to be normal, so it’s not uncommon for older customers to ask, “Why tear off the roof?” But new roofing technology makes layovers unnecessary, which is good news because it saves you from experiencing all the downsides of a layover. A layover would prevent installing new leak barriers and synthetic roofing underlayments.

Not Always Possible
A layover isn’t as simple as just putting on a second layer of shingles. It’s more complicated than putting on just a single layer! That’s because vallies, intersections, steepness, etc make installation more challenging. These intricacies also make your second layer more vulnerable, which undermines the integrity of your entire roof.

You also have to keep in mind that your roof was designed with a particular weight in mind. Too much stress and pressure on your roof rafter system or framing can lead to damage. An average roof has two to three tons of shingles. If you remove all that weight and put on the same shingle weight no harm is done! But the second layer of shingles means doubling that weight at least.

Hides Signs Of Damage
If you’re considering a layover because you’ve spotted a roof leak, then you’re already past due for replacing your roof. If your roof is under 8-years-old then the leak is most likely the result of poor workmanship. If your roof is over 17-years-old then your roof needs to be replaced rather than going the route of spot repairs or a layover. Any second or third layer of shingles will make it harder to identify when you should fully replace your roof.

Algae and mold, flashing, step flashing damage, worn or damaged shingles, fiberglass granules collecting around your house on every downspout drain, and curling, peeling, or blown off shingles are all indicators that it’s time to replace your roof. You won’t be able to see any of that if there’s a layover.

It’s possible, though, that if you put in the second layer of shingles that the mold will get so bad that it’ll pop through and be able to spot broccoli heads poking out from underneath. If your roof is already covered in mold and algae, however, and you’re insisting on a layover, HF Roofing will turn the job down. It’s not worth it for you or even us! The potential harm the layover may cause would reflect too poorly on HF Roofing for us to accept the work.

When Can You Install A Layover
Layovers as a repair technique are the equivalent of putting a bandaid on a bandaid. It doesn’t look right and it just makes things worse. Even the ideal conditions for a layover aren’t ideal. Your roof would have to be lacking any of the signifies that repair is necessary, which would mean that you’d have to have a new roof. But a layover is bad for your new roof!

Pitch: Pitch is a measure of how steep your roof is. The steeper your roof the longer it will take to install your layover because of safety concerns. This would be especially the case with an older roof because the crew would be walking on damaged shingles. A potential reason a layover wouldn’t be possible!

Complexity: It takes more time to install a layover on a complex roof. Each part of any roof is known as a facet. The typical A-Frame roof has two or four facets: one on each side of your home. A complex roof is aesthetically very appealing, and it would be somewhat of a waste to do a layover since the second layer of shingles won’t lay flat, won’t look the same as the first layer, and will be more prone to curling, peeling, and blow-offs, all of which will make your roof look less nice and flatter.

Flashing: Anyplace that breaks up the contagious nature of roofing material is a place where you’ll find flashing– aluminum that prevents water damage. If roof protrusions and the areas where the roof meets walls are what inspired the need for flashing and Ice water shield, then you can only imagine how much more vulnerable to water damage your roof will be given that a layover will cause more protrusions. After all, you’re creating more protrusions and more points of contact between your roof and wall!

Valleys: Valleys, which are any point where two shingle planes meet and create a shingle seem, increase the amount of time it takes to install a layover just because they demand more care. Again, by creating more points of contact between planes, installing a layover demands even more care than a full replacement.

Flipping A House
If you’re flipping a house and need to cut corners, then a layover might work. Of course, then you’ll be passing the buck on to someone else to do the repair, which isn’t ethical nor necessarily a good idea since it may earn you a poor reputation. Given that the cost and time of a layover are very similar to a full shingles replacement, and the fact that the layover won’t look as good as a complete roof replacement, you will notice the bumps and sagging on the new roof ( Lay-over) you should just get the full replacement.

Saving Money
It’s becoming abundantly clear that a layover isn’t going to save you lots of money, but saving money is essential, especially if you’re wondering, “How do I pay for a roof with no money?” Luckily, there are many ways to pay for a roof when funds are low. You can go with a payment plan; if you have equity in your home you can get a loan with a low-interest rate directly from your bank; you can get a cash-out refinancing, which is when you get a new mortgage on your home with more money than your home requires so that extra money can be used to pay off debts.

The Bottom Line Is.
At the end of the day, your roof is one of the most important investments in your home. Since a second or possibly third set of shingles undermines the quality of your roof, it’s not the route you should go. A layover is more complicated and the risk just isn’t worth it, so go the route of a complete tear-off and fix any rotted wood planks or plywood than replace the entire roof using new architectural Certainteed or Owen Corning shingles, this is supposed to be the best way to replace your roof. And, cut any hassles that may occur after doing a layover 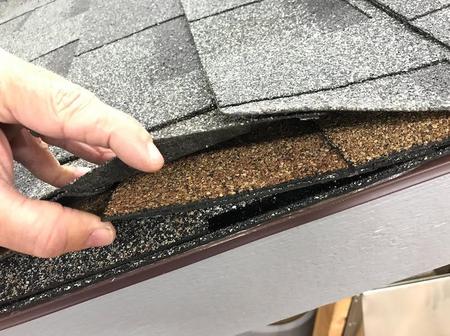